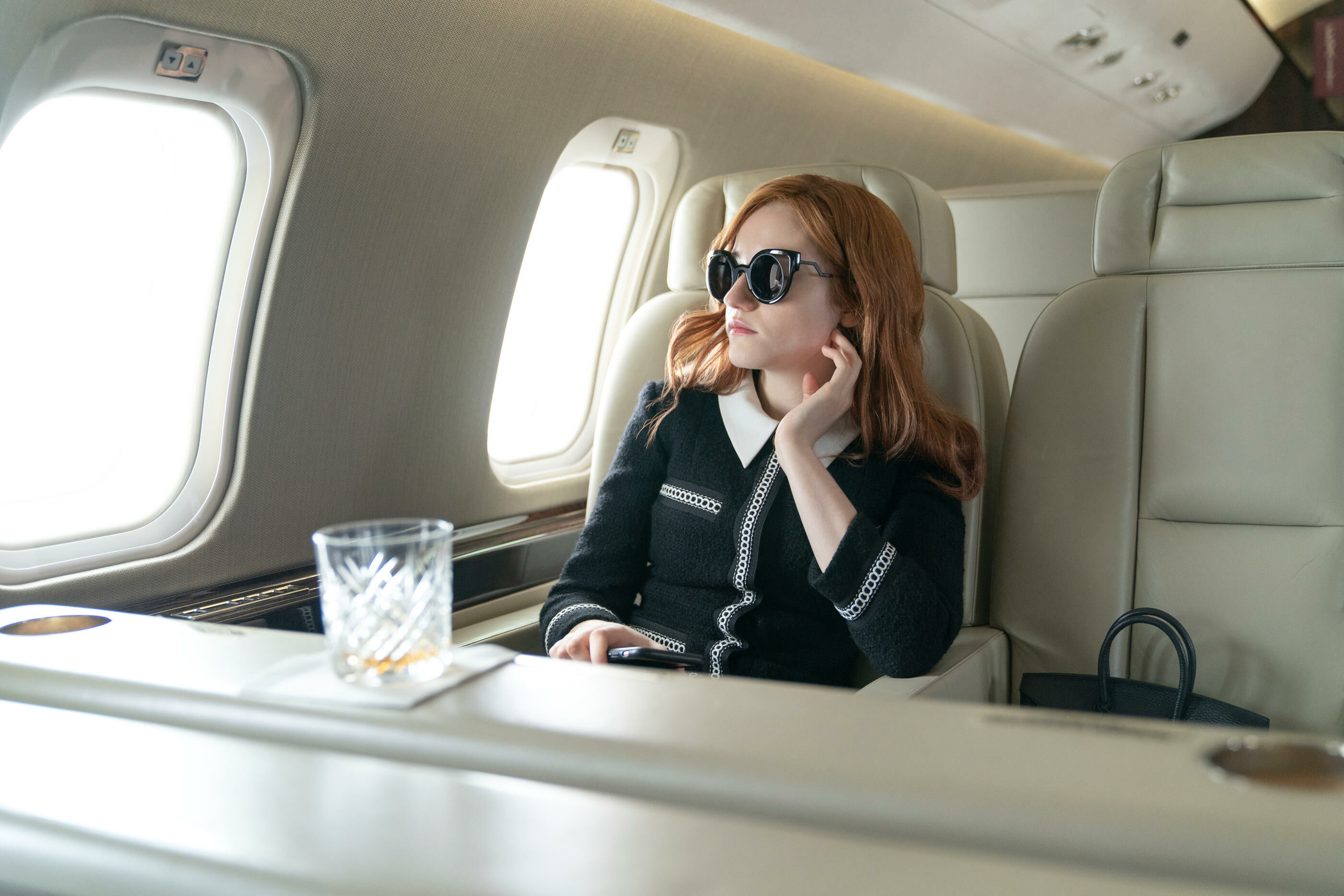 ''Inventing Anna'' and the process of Branding

''Inventing Anna'' and the process of Branding

A Branding not built-in trust and truth, will collapse.
7 minutes

First of all, Anna's Branding is in the building mode.

Anna Delvey (Sorokin) studied and educated herself into who she wanted to become from childhood. She collected several elements that helped her perceive what a princess was and what high-class and high Society stands for.

She had been feeding herself from magazines, books, TV series, and more on a perception of what is extravagant, daring and bold. She added the "I don't care what you think" trait that she later abused during her trial.

She constructed her perception of what it was and acted upon it by building the character we all discovered in the renowned article.

Building and posing the doubt

There is one thing about Branding; indeed, you build your Brand as you grow in the building mode. If your Branding is not built-in trust and truth, it will collapse sooner or later.

Branding is intricately associated with our personal growth as humans and people. And the truth we thought was true years before, after time we realize it is not that relevant anymore. And hopefully, that is how our Branding evolves.

Anna crafted and built a perception that was so far from who she was (at some point in the story, even I doubted she was not a German princess). Her fake truth was so powerful that it imposed itself as the only truth until cracks were revealed, enhancing the level of her commitment to crafting and storytelling.

And obviously, the directors and writers did a fantastic job infusing the doubt that she may be a German princess or heir.

She built all that, but not in truth, and reached her limits. At several moments of decision in the show, we can witness incoherences in her social life. She didn't have all the connections expected because she's a German princess.
For example, she didn't have access to the decision makers in banking or in the real estate.

When she had to face real people who were truthfully from high society and had the funds to do what they wanted, she was not recognized as one of them. Her building character lacked the habit, customs and funds of these advanced versions of who she wanted to become.

Go beyond the challenge

She hit her limits as far as finances and connections, but she went beyond the challenge in her delusion. Anna overcomes the challenge of not having the connections or financial means by accentuating her ''German princess brand''. Using it to appeal to those she wants to do business with or be around.

Additionally, she succeeds in having this new dream of creating a sophisticated art space never designed before in New York. An innovative, bold and extravagant project that would "for real" propel her into her character: a project that would attest she is indeed the German heir in the eyes of the world.

Branding, in the end, is all about becoming

Due to this new dream of being a German princess wanting to create an art space, she could find legitimacy. From living so lavishly with no funds to the vision that she could be who she pretends to be, perhaps that is why she is so in tune with her truth. Anything aside of it accentuates the feeling that the outside world is the lie, not her (a lie within a lie). The artist's space was her selfish and her final grant to be who she had always dreamed of being for real.

Anna is a character

In ''Inventing Anna'', the key idea is that she's a character. She crafted such a character beyond her personal being, and trapped herself in that character.

The funny thing about Branding is that for Anna, that was Truth, and we cannot deny that to her. It was her lie, her reality, her pretence truth.
Her Branding, her way of positioning herself, her decision making, her overspending, her limitless ambition: all these elements were studied and crafted to be her truth. People believed and helped her expand that character.

Swapping a lie into competency?

With her effective Branding in the long term of being "a competent fake German princess": she swapped the fakeness into competency. That is quite a provocative move, she conned many people, so well they didn't even say anything; they were ashamed of being the victims of her pretence. The consequences of her actions didn't prevent people from being fascinated by her.

After the revelations and the reality of prison for Anna Delvey (Sorokin), we witness her competency in embodying the character she created and beliefs is a masterpiece. She was a presumed german heir; today, she is a famous and competent fake German princess. She swapped the lie into a tangible, bankable concept she could benefit from and market.

There lies the question and claim about truth, transparency and honesty. Could a branding crafted in such conditions survive the backlash of facts?

I loved how the directors and actors portrayed her story. They created a space for paradoxes and self-analysis: to which extent are we ready to build our best and ideal selves, and at what cost?

I disagree with what Anna Delvey or Sorokin did; she used her perceived Branding to manipulate, con, steal money and assets without any second thought. It is a level of crime.
Nevertheless, I am impressed by how it is story told. The lessons and truths of the downfall and boldness to rise are interesting to analyze.

A lie will always be a lie, and it can backfire your Branding. The saying ''fake it until you make it'' takes a dark sense within this story.

The power of crafting a Perception

As brand makers and doers, we have people who perceive us and build a perception of who we are in front of us.
But we, as well as we build our Brands, as we help other brands, we all from within craft a perception of who we think we are. And sometimes, the best thing that can happen to your Brand is to drop that perception, to drop a certain truth around your Brand. If it means you lose some clients, collaborators, partners, let it be.
‍

Stay in Truth: your Truth

Allowing yourself to take on the real truths about your Branding builds up momentum, and that will go long-term. Everything from a 360 view makes sense if you stay in truth and authenticity.‍

From where you started to now, what does it say?

We see brands having pivotal moments in their growth, shifting their marketing and branding strategy to adapt. Branding works with motion; you change and adapt to society, your clients and users.

It is in motion every single day and if you have to drop a division because it doesn't help the overall Brand, then do it. Change is not necessarily the end of a brand and your Branding. It will fuel your storytelling and surprise you years later when you remember it. Witnessing the progress and growth in your decision making is mindfully strong.

One of my favourite definitions of Branding

"Branding is your storytelling in motion": the more you tell your story and grow, the more your Branding gains impact.
One common ingredient is that your Branding is deeply rooted in truth and authenticity.
And again, your truth evolves as you grow as an individual, team, or corporation. You cannot stay the same person for 15-20-30 years: Impossible. So does your Branding from day 1 to today cannot remain the same.
‍
By getting out of the loop, we allow ourselves to be more flexible with our truth: the truth of today will not be the truth forever.

There lies an understanding of the power of Branding: the capacity to change, to bounce back to redefine yourself and accept change as a component of efficient Branding.
Every Brand has had dark days, and they have bounced back: it is a constant work in progress and continuous cycle of change.

It is my first time using such an angle to speak about the art of Branding; pop culture stories and miscellaneous facts can teach us some fundamentals of the process of Branding.

Some final thoughts between Inventing Anna and Branding
• Skills to educate and impersonate
• Competency in building a character within a field and imposing your vision
• Branding, not built-in truth and authenticity will collapse, and it's a good thing
• Bouncing back is the way to move forward
• You can learn about Branding everywhere and from anyone

This piece has no intention of glorifying any actions towards fraud. It is mainly about the Movie, and ''its character'' more than the real Anna, who was sentenced due to her crimes.
It has the humble goal to shed light on the compelling storytelling of a character we feel sympathy for or not. The real storytellers here are Shonda Rhimes and the invested cast of actors.

🤩  Quotes from characters that reveals their truth in the show

🧑🏾  Storytelling will never hide the facts of crime

👉  Next time, we will enumerate a list of relevant definitions. 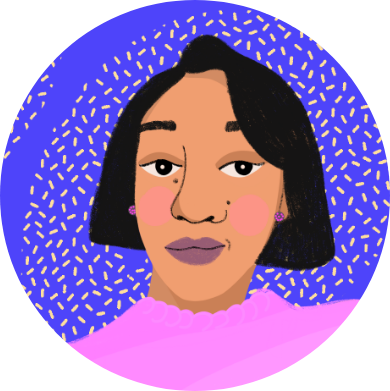 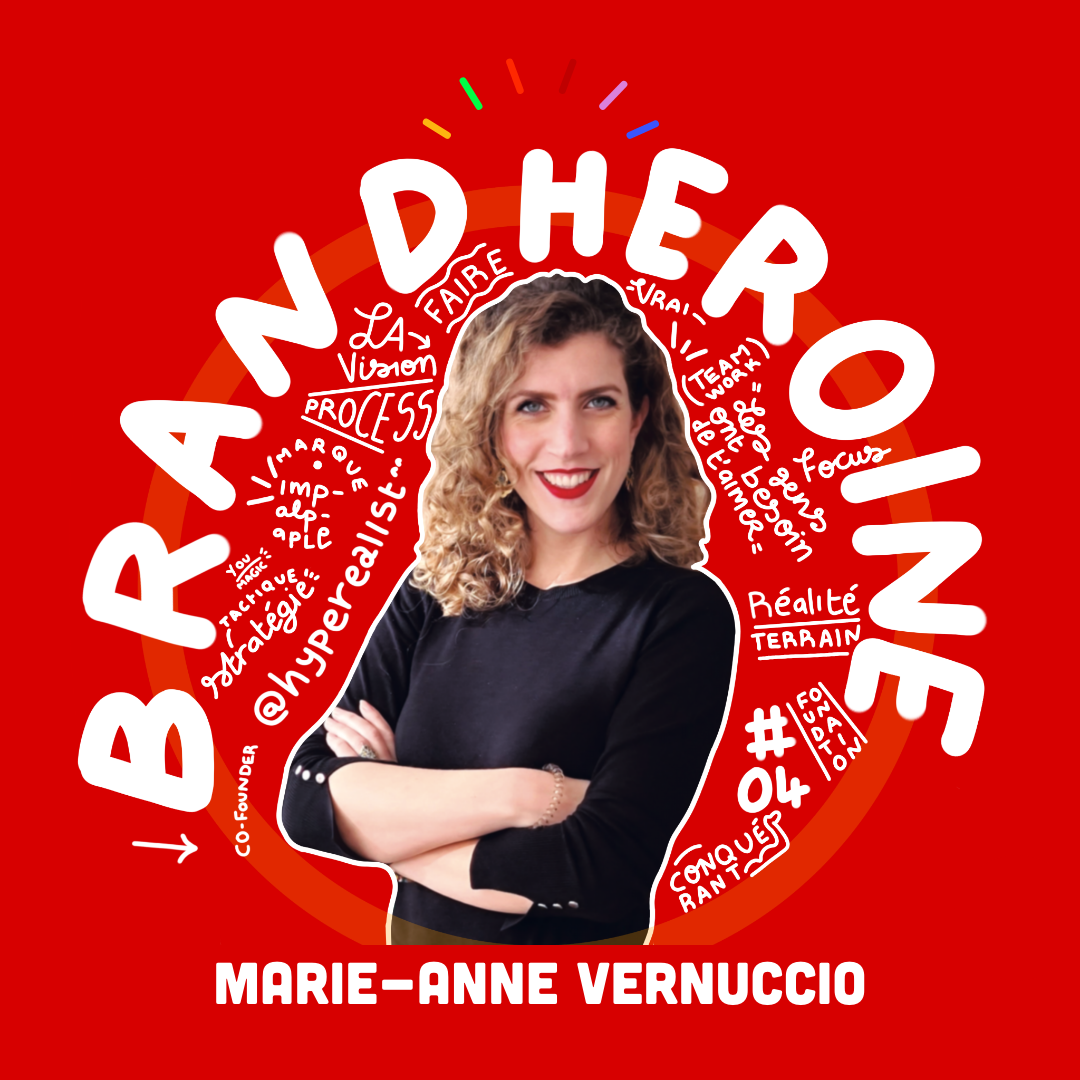 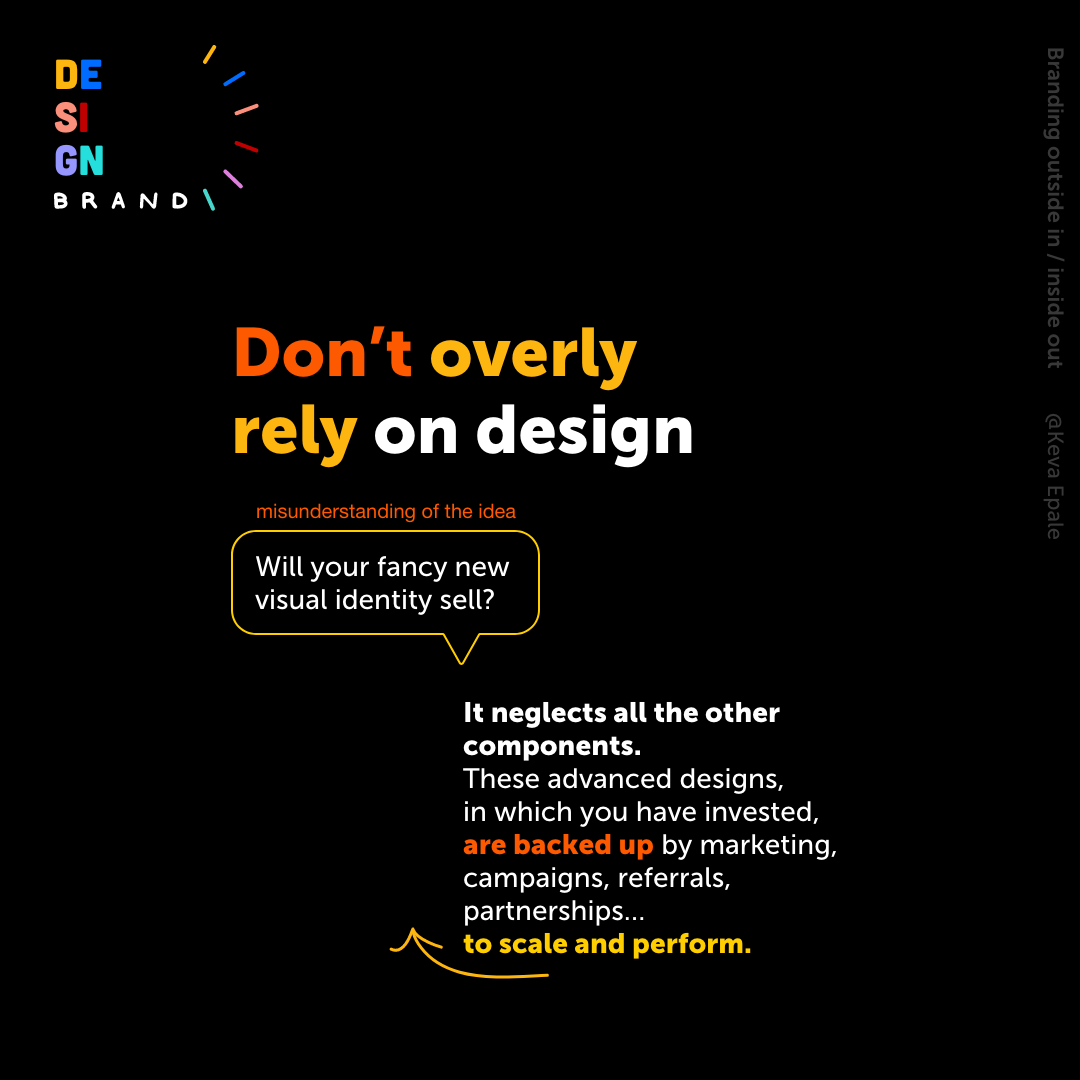 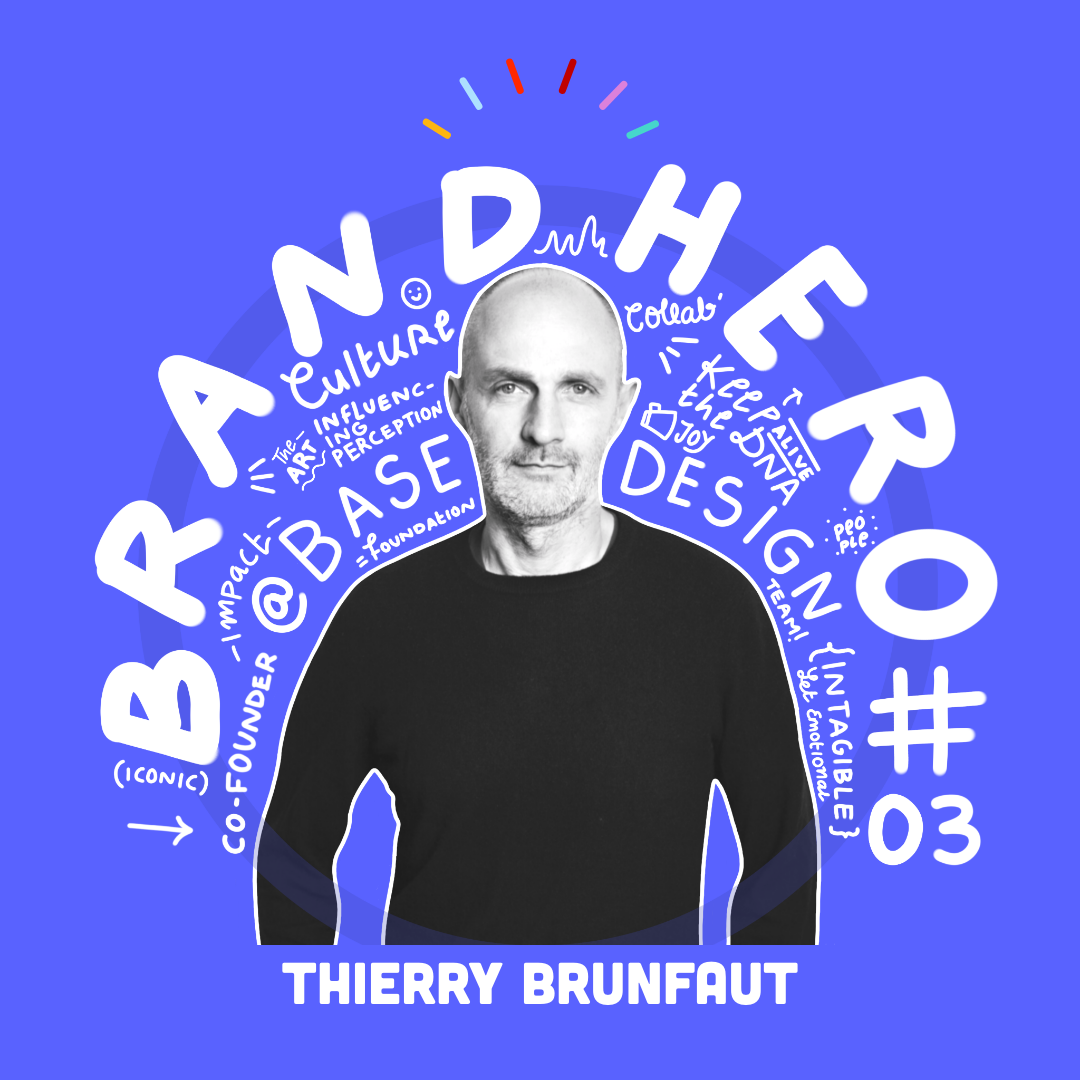 The rich text element allows you to create and format headings, paragraphs, blockquotes, images, and video all in one place instead of having to add and format them individually. Just double-click and easily create content.

How to customize formatting for each rich text

Headings, paragraphs, blockquotes, figures, images, and figure captions can all be styled after a class is added to the rich text element using the "When inside of" nested selector system.

Back to articles
Illustrations
Digital products

Sign up for a monthly letter infused with creativity and inspiration

👌 Thank you! Your submission has been received!
Oops! Something went wrong 💪
Designed with 🧡  in Webflow
© Keva Epale. 2022. All rights reserved.
Privacy